Bump Trump to the Dump 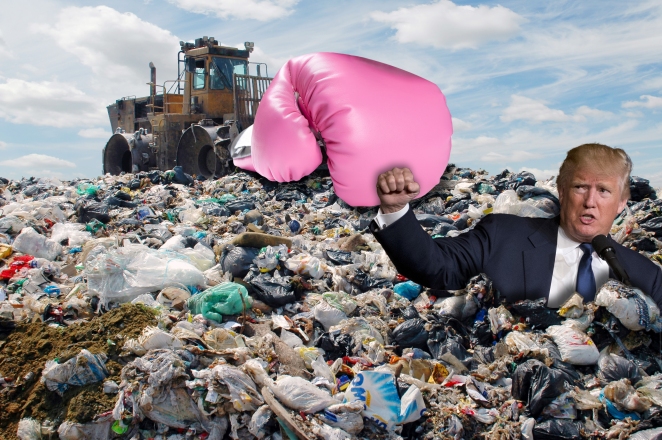 Bump Trump to the dump

Trump won Indiana tonight, and it seems he has a clear path to the Republican Nomination. In honor of that, we created Bump Trump to the Dump. It’s a sort of bluesy piece. It reflects my fear that if Trump gets elected President, the economy will go to hell and a lot of people will get hurt. The rich, including Trump, will only get even richer, and the disparity between the rich and the poor will ascend to even higher levels. That’s destabilizing to the nation. Depressing. But the music is a lot more fun than that!

This piece is a good example of our process. You can hear how it developed out of a simple little conversation that sprang up after we heard the news about Indiana.